Animal and Plant Species in the Project Area

Within the LIFE project area numerous animal and plant species have been identified, among them many endangered species that are on the so-called Red List. We will now give a brief introduction to the species inventory of some selected groups.

Between April and August 2006, the breeding birds living on open land and those living at the edges of forests in the project area were counted. Four comprehensive checks were performed by the NLWKN nature conservation centre Unterelbe. A number of supplementary checks of part areas were contributed by Bernd Letto (landscape warden of the city of Cuxhaven) and Wilhelm Lemke (NABU Cuxhaven). 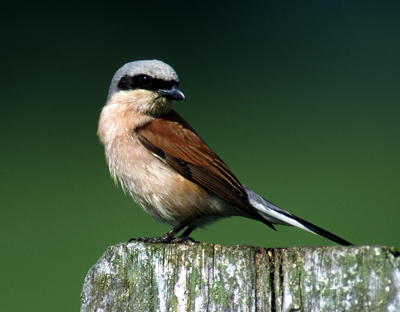 The most common bird species in open heath areas and at the forest edges were skylarks, tree pipits and yellowhammers. There is a significant population of all three species in the area. The table below shows the mapping result of 2006 for some characteristic bird species of open land.

To date 73 species of breeding birds and 88 species of migrant birds have been identified.

For these two species groups, no current systematic mappings have been carried out. During the evaluation of results for the newly created small ponds, a detailed list of amphibians in the existing and new ponds as of 2007 will be compiled. 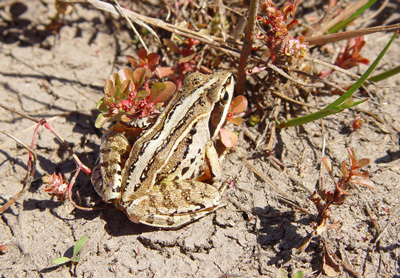 The following species have been confirmed in the LIFE project area:

To date, locusts have not been systematically researched in the LIFE project area. Due to the prevailing heaths and lean turf the inhabitants of open, dry and warm habitats are dominant.The relatively large population of the wart-biter cricket deserves special mention.

Despite the very few ponds and streams in the LIFE project area, the city of Cuxhaven proved in the years 2004-2006 to have a species-rich dragonfly fauna with 25 species of dragonflies and a large number of specialised species. 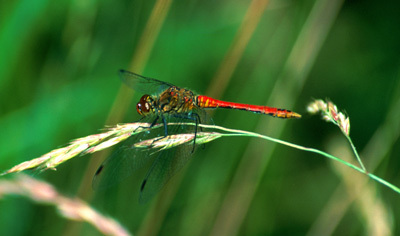 The dragonfly fauna is particularly species-rich in the marshland of the "Menyanthes-Sumpf" (17 species) and near the "Fasanerie" area (20 species). During the evaluation of results for the newly created small ponds, the compilation of a list of dragonflies in the existing and new ponds will be intensified as of 2007.

In addition, an older observation of Leucorrhinia pectoralis exists from the Moorschlatt area near Altenwalde. However, this species has not been confirmed there for several years.

Within the framework of the biotope and habitat cataloguing under the Habitats Directive, performed in the LIFE project area in 2006, the vascular plants and especially the growth areas of endangered groups were mapped. 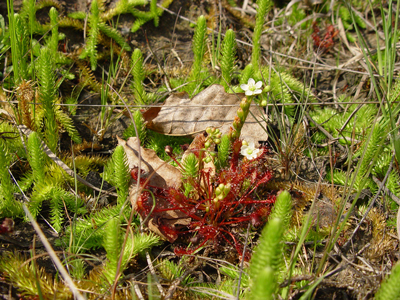 The list of plants consists of 189 species, but it can be assumed that this list is not yet complete.