Usage History of the Project Area

The so-called "Wurster Höhenrücken", a ridge where the project area is located, would normally have extensive forests. Here in the coastal area with its ice-age sandy soil there were mixed forests of predominantly beech and oak trees. In especially dry and oligotrophic locations there were probably also oak, birch and pine forests interspersed with heath areas.

Human use completely changed these forests and in medieval times they had been entirely destroyed. The maps of the Hannover geodesic survey of 1770 as well as maps created in 1870 show a continuous stretch of forest-free heath from the village of Debstedt to the village of Sahlenburg.

Only from 1880 onwards, after common land was abolished, did reforestation become possible. Charles A. Werner started this work in the area that is today known as "Wernerwald", located in the northwest of the project area.

Since the turn of the century around 1900, today's project area became a military training ground: 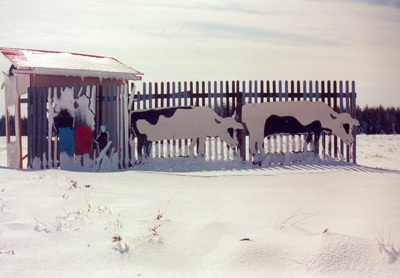 Bildrechte: Bundeswehr Altenwalde
"Cattle on the range" during the time of the Bundeswehr

While the project area was used as a military training ground, 4 phases of reforestation took place:

For the edges of the forest and as protection against forest fires the black cherry tree was introduced, which originally stems from North America. Since the 1970s more and more deciduous trees have been planted between the coniferous trees, the objective being to develop deciduous mixed forests suited to the location.

Until the 1960s parts of the project area were also used for agricultural purposes, for example the so-called "Rehwiese" (deer meadow) in the southwest of the area. This is reflected in the vegetation until today. 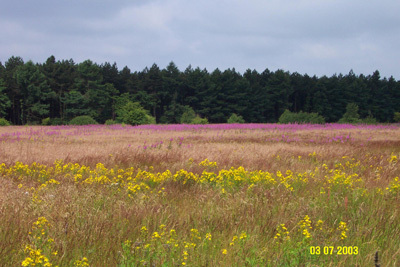 Bildrechte: Bundeswehr Altenwalde
Semi-ruderal fields of grass and bushes with St. John's wort and willow-herb in the area of the so-called "Rehwiese" (deer meadow), on former agricultural land

The type of use by the military was defined in the plan for land use, which was set up by the military in co-operation with the location management and the federal forestry authority, and in a way constituted the "internal land use planning" of the federal authorities.

The maintenance plan, which was developed from the plan for land use, defined which measures would be taken. These included:

The regular military activity in the training ground largely secured the development of the existing habitat structures. Other intensive human uses were barred. Entering the grounds was forbidden, therefore the public did not have access. 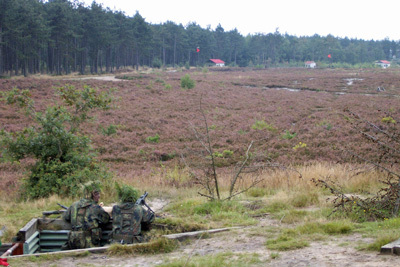 Bildrechte: Bundeswehr Altenwalde
For their training acitivies the troops needed a free field of vision for shooting. For this reason upcoming shrubs were regularly removed.
Drucken