Due to the predominantly sandy, porous soils there are few natural water bodies in the LIFE project area. Because the water bodies are oligotrophic, have not been used for other purposes and the majority of them fall dry from time to time (no fish), the existing small ponds present a habitat for numerous specialised animal and plant species. Among these are several endangered dragonfly species and the equally endangered moor frog (Rana arvalis). These species can be found in Annex IV of the Habitats Directive. 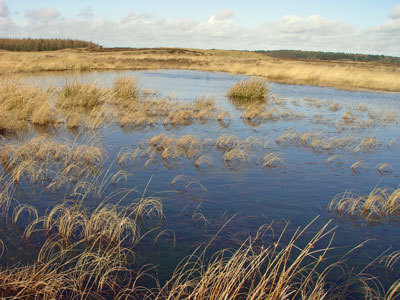 In November 2006 five new ponds were created and two small ponds were overhauled. Due to the different locations (bog, loamy sand, sand) and the already recognisable diverse water behaviour it is expected that the ponds will develop in a varied fashion and differently from each other. In spring 2007 they were already partly used as spawning grounds. 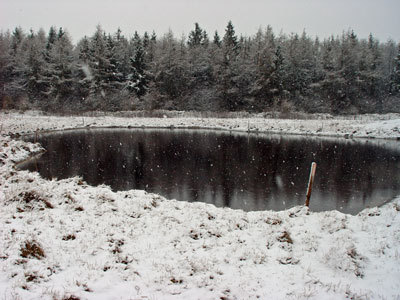