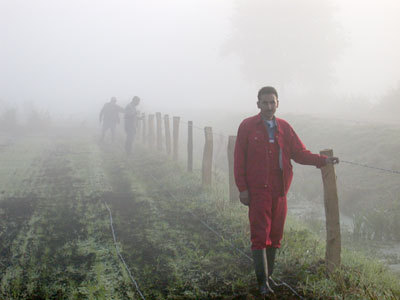 New fences in a large scale were provided in the project area. This makes sure, that an appropriate long-term maintenance of wet grassland will be guaranteed with the help of cattle grazing. These new fences will assure an extensive use of pastures in the fens.

But first of all derelict fences and sheds had to be demolished. 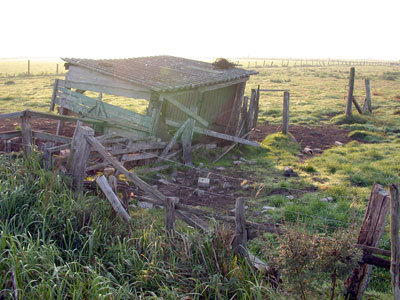 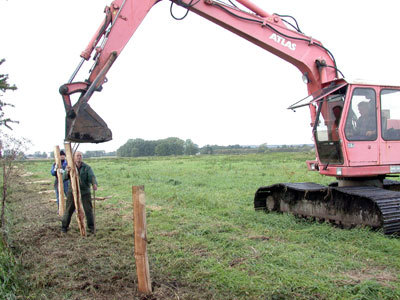 Bildrechte: Oliver Lange
Construction of fences in summer 2004. The oak posts are pushed into the ground with a digger which makes the fence quite strong.

50 hectares of former agricultural land were converted to pastures in summer 2003. Six more hectares could be converted until summer 2006. With the assistance of the university of Göttingen a "special seed mixture" was developed and sown at the new pastures.

The selected cultivars mature late in season, which makes them very suitable for the required late mowing dates. This seed mixtures established very well and their agricultural use is quite good. It is expected, that wet grassland will develop a species-rich variety during the years to come.