Bissendorfer Moor is an extensive, treeless and near-natural raised bog of the North German Plain that, for the most part, is still slightly convex-shaped, similar to a watch glass. Its near-natural raised bog vegetation and its stages of bog heathland degeneration make it one of the best-preserved raised bogs in Lower Saxony. Being a nature reserve with a size of 586.9 hectares, and because of its European importance also as a Fauna-Flora-Habitat (FFH) area, Bissendorfer Moor has protected status. On its southern edge is the protected “Ellernbruch” landscape area, small parts of which on the fringes of Bissendorfer Moor count as belonging to the project area. The raised bog layer of peat moss (Sphagnum) and rannoch-rush (Scheuchzeria palustris) has an average thickness of 25 cm and, at some locations, of up to 60 cm. Here and there, this is covered by sapric peat (50 cm). The body of the bog consists mainly of fibric peat in thicknesses ranging from 3 to 5.5 metres. The surface is made up of peat in varying stages of decomposition.

The hydrologic balance of an intact raised bog depends on rainfall and on how this can be retained in the raised bog. In the original state, the bog’s own water level would normally extend almost to the surface, meaning that it was as much as 5 to 6 metres higher than the groundwater level in the vicinity of Bissendorfer Moor.

A dystrophic bog pond known as “Muswillensee” also developed as a natural bog pond along with Bissendorfer Moor. The body of water today has a depth of 3 metres and extends over an area of roughly 0.3 hectares, making it about half its former size. 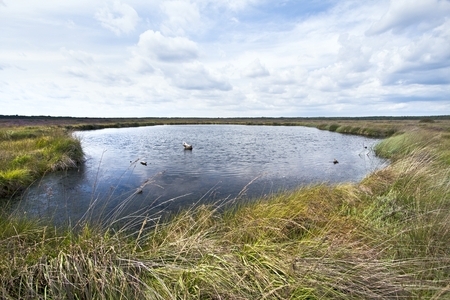 The original bog area has decreased in size as a result of agricultural cultivation and peat cutting by farmers. The raised bog body of Bissendorfer Moor is subject to substantial drainage, which has led to subsidence. "Hauptvorfluter Kaltenweider Moor", the main receiving water body, cuts 3 to 4 metres into the southern edge of the bog and has a strong drainage effect. Peat cutting sites used by farmers are confined to the fringes of Bissendorfer Moor, such that the large open space at the centre is the only continuous “unscathed” area of the bogs belonging to “Hannoversche Moorgeest”.

Over the past decades, selective re-wetting and intensive efforts to keep areas wood- and undergrowth-free have enabled the bog to develop more positively again overall as well as in a more characteristic manner. Extensive re-wetted peat cutting sites are to be found in the northern part in the form of raised bog regeneration areas, including quaking bogs. Areas to the southeast of Bissendorfer Moor are also regenerating, however, and support peat-forming vegetation.

Today, as is characteristic of moorlands, there are open moorland spaces at the centre of the area including typical moorland vegetation comprising erica (Erica tetralix) and Scots heather (Calluna vulgaris), tall cotton grass (Eriophorum angustifolium), tussock cotton grass (Eriophorum vaginatum), and peat moss (Sphagnum). The vegetation in the wetland areas is almost identical in parts to the potentially natural vegation. Areas of bog woodland comprising pines and birches as well as large amounts of standing and lying deadwood have developed on the fringes of the bog. 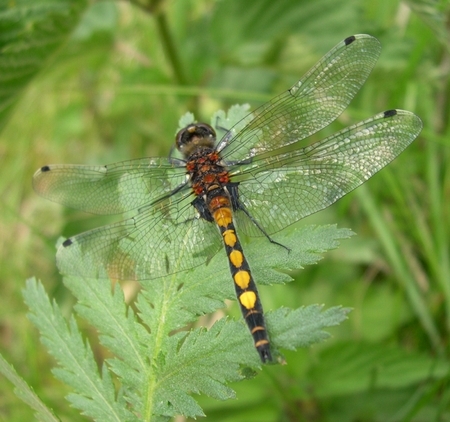