Previous Protection of the Bogs

The four raised bogs - Helstorfer Moor, Otternhagener Moor, Bissendorfer Moor and Schwarzes Moor - to the northwest of Hanover form a unique landscape with an exceptional diversity of fauna and flora species.

The first nature reserve there was designated in the early 1970s, and the moorland areas have enjoyed protection in five nature reserves since the mid-1990s. The four raised bogs have been part of the European “Natura 2000” network of nature reserves as flora and fauna habitat areas since 2000. The state of Lower Saxony, the Hanover Region communal organisation, local authorities and nature conservation associations have, additionally, bought up areas so as to make space for their development.

Voluntary conservationists (such as the Bogs Fauna Working Group, or FAM, of the Federal Association of Environmental Protection and Nature Conservation (BUND)), the Hanover Region communal organisation and the forestry authorities of Lower Saxony have implemented measures over the past 40 years to counter adverse efects caused by drainage. These include:

In 2006, the large-scale “Hannoversche Moorgeest” nature conservation project was initiated as part of a development programme titled “Establishment and Protection of Nature and Landscape Elements worthy of Conservation and of National Representative Importance” by the Federal Ministry for the Environment. The Hanover Region communal organisation was the lead partner in the project, and the Federal Agency for Nature Conservation (BfN)and the Lower Saxony Water Management, Coastal Preservation and Nature Conservation Agency (NLWKN) were sponsors. Working parties, a working group and a project committee were established as an accompanying measure with the aim of involving the various actors. Area of the large-scale “Hannoversche Moorgeest“ nature conservation project, showing Helstorfer Moor, Otternhagener Moor, Bissendorfer Moor and Schwarzes Moor as its core
The aim of the large-scale project was to create possibilities for this conservation-worthy nature and recreation area with its special fauna and flora to survive and develop over the long term. The project area encompassed 5,505 hectares and comprised the core area of the four above-mentioned bogs (2.919 hectares) as well as neighbouring agricultural grassland and farmland areas as buffer and networking zones.

The project was divided into a planning and an implementation phase. The preceding planning phase ended in 2010, with the following results:

The planned implementation phase was not launched, as no agreement on the integration of agricultural buffer and networking zones was reached.

The Ministry for the Environment, Energy and Climate Protection decided in parallel in 2011 to submit a request to the European Commission for co-financing of the re-wetting project encompassing a reduced landscape of 2,243 hectares. This LIFE+ Project request was approved in 2012. The results from the planning phase of the large-scale project are now being incorporated into the “Hannoversche Moorgeest” LIFE+ Project, which was started in 2012 and is aimed at re-wetting the bogs by 2023. 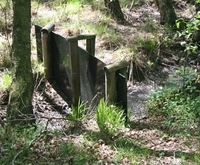