Such a body to provide support for the “Hannoversche Moorgeest” project is rooted in tradition. A project committee consisting of five members had already been established for the preceding large-scale nature conservation project. This tried and tested structure has been retained for the planning and implementation phase of the LIFE+ Project and augmented personnel-wise.

The present 11-member project advisory board will accompany the EU project throughout its overall eleven-year duration. This practitioner forum will ensure that the interests of all relevant user groups in the project environment are taken into consideration. For this purpose the advisory board, the NLWKN, which is in charge of and implementing the project, and the Hanover Region communal organisation as project partner will maintain close contact.

The following interest groups and persons are currently represented on the advisory board: 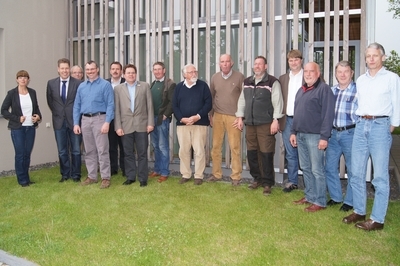